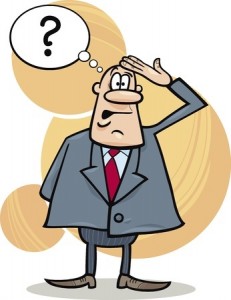 As the famous cowboy movie star John Wayne grew older, he appeared sharp as a tack in his television appearances and movie rolls. But privately, he complained of memory loss.

What was particularly aggravating to him was his growing inability to remember the names of people – sometimes even people close to him. As the story goes, one day he was attending a football game with his best friend of over 30 years and director of many of his movies, John Ford. As he looked across the stands, he saw two acquaintances coming toward him. He was thrilled that he remembered both of their names, and would be able to introduce them to Ford without embarrassing himself.

“Bob, Mary,” he exclaimed with obvious relish and a sweeping gesture of his hand as they approached their seats near his, “I’d like you to meet…” And then his voice trailed off as he realized he had just forgotten the name of his best friend…John Ford.

Were John Wayne still alive today, he’d be very happy to know that a safe, all-natural solution for mild to moderate memory loss is now available. This supplement is called Vinpocetine, and it is widely known for its astonishing ability to boost brain power, enhance concentration and retention, and sharpen mental focus and performance without any significant negative side effects.

Bernd Wollschlaeger, M.D., a Florida-based board-certified family physician who is also the associate editor of the Journal of the American Nutraceutical Association (JANA), says Vinpocetine is one of the mainstays of his practice when it comes to patients complaining of memory loss and mild cognitive impairment.

According to Dr. Wollschlaeger, “All of the peer-reviewed studies I’ve seen found a significant improvement in cognitive function with Vinpocetine. Until Vinpocetine, we physicians have had nothing to prevent cognitive decline. We only have drugs to treat after the fact. With safe, natural Vinpocetine, patients see comparatively rapid improvement in memory functions as well as enhancement of learning and recall and overall alertness. Results are often seen in only seven to ten days. We don’t have to wait four or six or eight weeks, like with Gingko Biloba, to see results. What’s more, there have been more than 100 clinical studies conducted on Vinpocetine, with over 30,000 patients, proving its safety and effectiveness.”

Viagra for the Brain

According to Dr. Ray Sahelian, M.D., author of the popular book, Mind Boosters: A Guide to Natural Supplements that Enhance Your Mind, Memory, and Mood ,”Vinpocetine is chemically related to and derived from vincamine, a natural alkaloid found in the periwinkle plant. It was introduced into clinical practice in Europe more than two decades ago for its highly beneficial role in cerebrovascular disorders and related symptoms. But because it is derived from natural sources it is now widely used in the U.S. as a nutritional supplement for memory support and cognitive enhancement.”

Dr. Ward Dean, MD, co-author of the bestselling books Smart Drugs and Nutrients and Smart Drugs II, says Vinpocetine is like “Viagra for the brain.” He states, “It’s one of the few cognitive enhancers that I actually notice a distinctly positive and uplifting difference when I take it.”

Dr. Dean says that Vinpocetine facilitates cerebral metabolism by improving cerebral microcirculation (i.e., blood flow to, and throughout, the brain). “What’s more,” he notes, “In brain cells it steps up the production of ATP, the cellular energy molecule, and increases utilization of glucose and oxygen, the brain’s two most critical fuels.”

According to Dr. Steven Bratman, M.D., director of The Natural Pharmacist in Fort Collins, CO, and author of the Natural Health Encyclopedia and The Natural Health Bible, “Vinpocetine aids memory and mental function, not only with mild memory loss and age-related cognitive impairment, but also with Alzheimer’s and related conditions. Most people begin to notice clearer, sharper thinking and recall within a few short days to a few short weeks time.”

In her book, Vinpocetine: Boost Your Brain Power With Periwinkle Extract, author Dr. Beth M. Ley writes, “Research shows that Vinpocetine provides an astonishing array of benefits. It has a very powerful stimulating effect on memory.‎ In Europe, it is often used for the treatment of cerebral circulatory disorders that can cause such symptoms as memory loss, stroke, dizziness and even cerebro-vestibular (inner-ear) problems. Vinpocetine has even been demonstrated to improve visual acuity – that is to say, eyesight– in 70% of subjects tested.”

Science writer James South, MA notes that recent medical research demonstrates Vinpocetine’s almost miraculous ability to boost the quality of thinking and planning carried out by the cerebral cortex. He writes, “Another key benefit from Vinpocetine derives from its activating effect on the noradrenaline nerve cluster in the reticular activating system called the locus coeruleus. Olpe and co-workers have shown that Vinpocetine is one of the most effective activators of locus coeruleus neurons, thus making it a true ‘cognition enhancing’ agent.”

What’s more, according to Dr. Sahelian, “In another double blind clinical trial, Vinpocetine was shown to offer significant improvement in elderly patients with chronic cerebral dysfunction. Forty-two patients received 10 mg. of Vinpocetine three times a day for thirty days, then 5 mg. three times a day for sixty days. Matching placebo tablets were given to another forty patients for the ninety-day trial period. Patients on Vinpocetine scored consistently better in all cognitive evaluations.”

Other studies have demonstrated Vinpocetine’s astonishing beneficial effects for stroke victims. For example, one study demonstrated a 42% reduction in brain injury for stroke patients who were given Vinpocetine. [Acta Pharm Hung. 2002;72(2):84-91.]

And another study demonstrated that Vinpocetine interrupts the various stages of the ischemic cascade during strokes, meaning it helps prevent the ongoing damage to the brain that results from the stroke itself [Ideggyogy Sz. 2003 May 20;56(5-6):166-72].

George Foss, a long-time consultant to the nutritional supplement industry, and former general manager of Kayser Nutrition, explains how Vinpocetine works, and why it has become the world’s #1 best-selling all-natural brain-boosting supplement:

“Vinpocetine’s astonishing beneficial effects on memory, recall and mental acuity occur principally because of its ability to bring age-related declines in the cellular energy functions of the brain back to more youthful levels. It does so by literally nourishing the brain.

First, it increases blood flow to the brain through mild dilation of the blood vessels, which in turn dramatically boosts glucose and oxygen uptake by the brain’s 100 billion neurons. The neurons thrive on this increased glucose and oxygen, which in turn is used to produce prodigious quantities of adenosine triphosphate, or ATP, which is pure cellular energy. This increased production of ATP within the brain quite rapidly boosts the metabolism, or energy activity of the entire brain back to the levels of a young adult.

Experts say Vinpocetine boosts the circulation of oxygen-rich and glucose-rich blood to the brain so effectively it almost immediately results in a vastly increased ability to concentrate and focus. In fact, in one recent clinical study, 62% of healthy subjects exhibited significant short-term memory improvement only one hour after taking 40 mg. of Vinpocetine. [Eur J Clin Pharmacol1985;28(5):567-71].

What’s more, recent research has demonstrated that Vinpocetine also boosts circulation of oxygen-rich blood to the eyes, thereby improving vision and eyesight disorders. In fact, in one study, Vinpocetine improved vision in 88% of test subjects [Arzneimittelforschung 1976;26(10a):1969-72]. Vinpocetine also aids in the delivery of oxygen saturated blood to the inner ear, improving hearing as well as alleviating many inner-ear problems including tinnitus (ringing in the ears) and vertigo (dizziness). [AF DR 28, 1977-80]

Get that Extra Mental Edge

So if you’re like me and you feel the need for that extra mental edge from time to time, or if you’re simply reaching that age where you notice your cognitive abilities are slipping a bit and you want to provide your body with the nutrition it needs to get you back on top of your mental game, then you just might want to try safe, natural Vinpocetine. Its long-term safety has been demonstrated in medical studies to be second to none. And with over 100 medical studies backing it up, you can rest assured of its effectiveness.

Where to Find Pure, Pharmaceutical-Grade Vinpocetine

One good source for this powerful, brain-boosting nutrient is our company Targeted Nutrients. You can find out more about Vinpocetine online at www.TargetedNutrients.com. We supply the significantly higher-quality pharmaceutical-grade Vinpocetine straight from Europe, instead of the inferior Chinese-produced Vinpocetine found in most health food stores today.

This is the same pure, high-grade European Vinpocetine that has been demonstrated in clinical trials to boost memory, mental clarity and re-call by up to 62%!

Worth Trying for the Mental Lift Alone!

So if you or a loved one is experiencing mild memory loss or cognitive decline to any degree, or if you just want to give yourself a nice mental lift from time to time, you owe it to yourself to try this safe, powerful nutritional supplement. Even people who are not experiencing memory loss or age-related slowdown in mental acuity find that the occasional use of Vinpocetine gives them an added mental edge that is well worth the small cost.

I strongly urge you to pick up at least three or six bottles while this special money-saving offer is still in effect. But remember, this special offer is available only for a limited time, so please act quickly and decisively while the special discount pricing is still available!