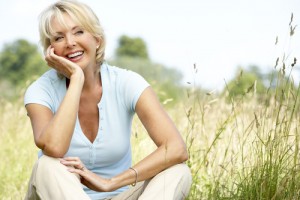 When Oscar-winning comedic actress Goldie Hawn was asked in a Vanity Faire interview, “When you were a child, what did you want to be when you grew up?” she replied with a single word: “Happy.”

Most of us can relate to that simple, honest childhood desire for happiness. Unfortunately, as we grow older, a host of subtle and some not-so-subtle changes begin to take place in our bodies. And those changes can lead to a number of health challenges that can rob you of your energy, vitality, stamina, physical strength, mental acuity and yes, even your emotional well-being, i.e., your happiness.

One of the most important age-related changes for both men and women alike is the drop in your body’s levels of a simple, yet profoundly important hormone called pregnenolone. Much like DHEA, pregnenolone is a completely natural hormone manufactured in the body from cholesterol. Indeed, pregnenolone is the grand precursor from which almost all of the other steroid hormones are made, including DHEA, progesterone, testosterone, the estrogens, and cortisol. This is why it is frequently referred to as the “mother hormone.”

According to Dr. Joseph Mercola, DO, best-selling author of the The Total Health Program:

“With both men and women alike, pregnenolone levels naturally peak during youth and begin a long, slow decline with age. By the age of 75 our bodies produce 60% less pregnenolone than the levels produced in our mid-30’s. For this reason pregnenolone is one of the biomarkers of aging. Like counting the rings of a tree, by measuring the level of pregnenolone at any given point of a person’s life, it is often possible to make an educated guess as to his or her age.”

Indeed, many cutting edge physicians and scientists now believe that raising your body’s levels of pregnenolone to more youthful levels is a crucial step in the prevention of premature aging. “If you’re feeling older than your days,” says well-known biologist and author Jim South, M.A., “then pregnenolone may be just what you need.”

“I am 100 percent convinced that taking pregnenolone leads to changes in awareness and alertness. I noticed an improved visual clarity…within an hour of dosing…a mellow, steady, persistent feeling of well-being…had imperceptibly come on…Flowers seemed…brighter and prettier…my attention focused on the architecture of the homes…I started noticing the patterns of the stones, the shapes of the windows, doorways, porticos and other details…thepalm trees…appeared Caribbean island-like picturesque. Everything seemed more beautiful and intriguing. I felt a sense of child wonder, that everything was okay. How special and enchanting life could be!”

Dr. William Regelson, a respected pregnenolone expert and author of The Superhormone Promise: Nature’s Antidote to Aging writes that there appears to be a direct correlation between pregnenolone levels in the human body and emotional well-being. He states, “A recent study conducted by the National Institutes of Mental Health showed that people with clinical depression have lower than normal amounts of pregnenolone in their cerebral spinal fluid (the fluid that literally bathes the brain).” In other words, as pregnenolone levels decline, your emotional well-being can also sink like a stone.

Other experts point to pregnenolone’s ability to help reduce excessively high levels of the stress hormone, cortisol, as the reason it has such a profoundly positive balancing effect on the emotions. According to Dr. Keith Scott-Mumby, MB ChB, MD, PhD, FRCP, MA, “Pregnenolone has been studied extensively since the 1940’s…One of its most important actions is to counter damage caused by the natural stress hormone called ‘cortisol.’ Cortisol is helpful in modest amounts, but is toxic at higher levels. Pregnenolone’s ability to block excess cortisol levels may be one of the main reasons for its known memory-enhancing and mood-boosting benefits.”

In the book, The Mood Cure, by Julia Ross, M.A., pregnenolone supplementation is highly recommended for helping overcome adrenal fatigue and reversing even the most devastating forms of exhaustion, emotional distress and depression. And in the book, Pregnenolone: A Radical New Approach to Health, Longevity, and Emotional Well-Being, author Dr. Gary Young, N.D., points out that pregnenolone enhances mental performance, facilitates learning, helps the body adapt to stress, increases one’s overall feeling of happiness and well-being, and helps induce a change of attitude in which we actually become more appreciative of life.

According to Dr. Young, pregnenolone also improves concentration, prevents mental fatigue, increases productivity, improves psychomotor performance and relieves depression. In short, restoring pregnenolone to more youthful levels in the body helps boost not only our emotional well-being, but enhances our physical and cognitive abilities as well.

Pregnenolone also operates as a powerful neurosteroid in the brain, modulating the transmission of messages from neuron to neuron, and strongly influencing learning and memory processes. In other words, it helps you think quicker, understand and retain more complex topics, and even speak with greater clarity.

In animal tests, pregnenolone has been found to be 100 times more effective for memory enhancement than any other steroid, steroid-precursor or prescription drug tested. According to the Proceedings of the National Academy of Sciences (Nov. 6, 1995), pregnenolone is “The most potent memory enhancer yet found.”

“There is strong evidence that pregnenolone levels diminish with advancing age and that restoring these levels may help alleviate deteriorating brain function…This is borne out in research that has demonstrated pregnenolone’s ability to reduce the risk of dementia and improve memory, while also alleviating anxiety and fighting depression…Pregnenolone may play a pivotal role both in laying down memories in the first place, and then preventing their loss by directly protecting the nerve networks that store them! These complementary and versatile actions of pregnenolone are sending shock waves of interest through the scientific community because of the enormous implications for treating all sorts of age-related disorders of memory.”

Acetylcholine is not only vital for thought and memory, it is also involved in controlling sleep cycles, especially the phase of sleep that is associated with memory (called paradoxical sleep or the random eye movement [REM] phase). Scientists have used this knowledge to study the effects of pregnenolone on sleep cycles and discovered that it dramatically increases memory-enhancing sleep. Together with previous findings that pregnenolone increases nerve cell growth (neurogenesis), researchers have concluded that pregnenolone can improve cognitive function in older animals by increasing acetylcholine levels, which stimulate new nerve cell growth in the brain areas most closely associated with memory and learning.”

In clinical research pregnenolone has been demonstrated to be one of the safest and least toxic substances ever tested, with dosages in the hundreds of milligrams showing no toxicity whatsoever. While much smaller doses in the 5 mg. to 20 mg. range are widely used in nutritional supplementation programs, as with all supplements you should nevertheless tell your doctor if you are taking pregnenolone.

What’s more, because of pregnenolone’s beneficial “uplifting” effects on the brain (i.e., it increases the firing of the neurons between the synapses for quicker thinking and greater clarity), people known to suffer from epileptic seizures or who are taking an anti-seizure medication such as Dilantin, Depakote or Tegretol should only use pregnenolone with their doctor’s supervision.

Finally, people diagnosed with heart palpitations or arrhythmias should also check with their doctors first before using pregnenolone due to its lightly stimulating effects on the body’s overall metabolism.

Where to Obtain the Very Best Form of Pregnenolone…

Unlike synthetic prescription steroid hormones which can have terrifying side effects, Pregnenolone is completely natural (made from an extract of the Dioscorea yam), and clinical studies have shown it to be virtually free of side effects when used as directed.

One good source of Pregnenolone is right here at Targeted Nutrients.

We carry Pregnenolone in the highly recommended 10 mg. dosage. You get 60 tablets per bottle – a two-months supply for the average person.

The tiny chewable tablets are cherry flavored, and can easily be broken in half for people who prefer to use even lower dosages. (People normally take between 5mg. and 10 mg. per day for age-related benefits. People suffering from excessive fatigue or emotional exhaustion sometimes take higher daily doses – up to 20 mg. per day – for the first few weeks. See bottle for further dosage instructions. Always check with your doctor first when starting any new nutritional supplement regimen.)

You can read more about Pregnenolone, and order online by clicking here.