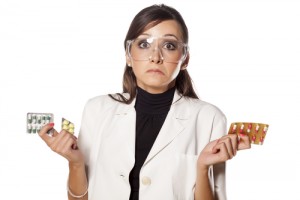 According to AFP News, “The overwhelming majority of these med-taking brainiacs said they indulged in order to ‘improve concentration,’ and 60 percent said they did so on a daily or weekly basis. Almost 70 percent of the scientists surveyed said they would be willing to risk continued mild side effects by taking cognitive-enhancing drugs in order to boost their brain power.”

According to James South, M.A., “Vinpocetine have been widely researched and used clinically for over 25 years to treat disorders ranging from senile dementia to cerebral arteriosclerosis. But today, it is used by thousands of in-the-know natural health advocates for its powerful memory-boosting and cognitive enhancement benefits.”

“Vinpocetine dramatically boosts the metabolism, or cellular energy activity, of the brain. But unlike stimulant drugs, it does so by nourishing the brain. In fact, it increases blood flow to the brain through vasodilation, which in turn maximizes glucose and oxygen uptake by the brain’s 100 billion neurons.”

“The neurons thrive on this increased glucose and oxygen, which in turn is used to produce prodigious quantities of adenosine triphosphate, or ATP, which is pure cellular energy. This increased production of ATP within the brain quite rapidly boosts the energy activity of the entire brain, which of course, is the supercomputer of the human body.”

In large part this is why Vinpocetine has been used so successfully by the medical community throughout Europe in the prevention and treatment of everything from simple memory loss and common senility, to more extreme cases of senile dementia, cerebral damage from strokes, and even Alzheimer’s disease. Vinpocetine boosts brain energy almost immediately. And it has a very positive healing effect on damaged areas of the brain.

Dramatically improve memory — in one study a whopping 62% of healthy subjects exhibited significant short-term memory improvement only one hour after taking 40 mg. of Vinpocetine!

Significantly increase the length of time that short-term memory is retained – no more walking into another room to get something, and forgetting what your were looking for!

Prevent damage to brain cells under hypoxic conditions, such as directly after a stroke or during drowning!

What’s more, recent research has demonstrated that Vinpocetine also boosts circulation of oxygen-rich blood to the eyes, thereby improving vision and eyesight disorders. In fact, in one study, Vinpocetine improved vision in 88% of test subjects. (Arzneimittelforschung 1976;26(10a):1969-72)

Who Benefits the Most From Vinpocetine?

…workers who need to impress their bosses with their ability to think quickly and act decisively…middle aged men and women who seek to preserve and maintain their cognitive skills well into their later years…older folks who want to overcome the negative effects of age-related cognitive decline…and many others.

Where to Find Pharmaceutical-Grade Vinpocetine

One good source for this powerful, brain-boosting nutrient is right here with us at Targeted Nutrients. We supply the significantly higher-quality pharmaceutical-grade Vinpocetine, straight from Europe, instead of the inferior Chinese-produced Vinpocetine found in most health food stores today.

This is the same high-grade European Vinpocetine that has been demonstrated in clinical trials to boost memory, mental clarity and re-call by up to 62%!

So if you or a loved one is experiencing memory loss or cognitive decline to any degree, or if you just want to give yourself a nice mental lift from time to time, you owe it to yourself to try this safe, powerful nutritional supplement from Targeted Nutrients.