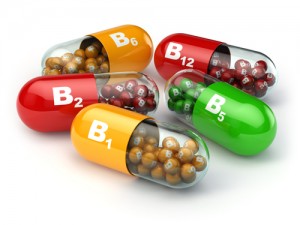 It was only a few years ago that the once highly esteemed Reader’s Digest came out with its infamous cover report claiming essentially that there is no significant scientific evidence that vitamins do any good at all for people seeking better health and well-being.

Ignoring numerous published studies which have found the exact opposite of what the Reader’s Digest reported, the Digest went on to decry vitamin intake as basically worthless.

But in this latest study conducted by pharmacologists at the prestigious Oxford University, it was demonstrated that higher than normal doses of three common B-vitamins – folic acid, B-6 and B-12 – slash brain shrinkage associated with memory loss and brain impairment such as Alzheimer’s disease by as much as 53%!

It just goes to show that listening to pop culture media dependent upon drug company advertising dollars is simply not the way to go. Reader’s Digest ought to be ashamed of themselves. And a great big hooray to Oxford University scientists for undertaking this important new study!

Oxford University Study: High Doses of Folic Acid, Vitamin B6 and B12 Slash Brain Shrinkage By Up To 53%!

Vitamin B tablets could slow and even halt the devastating march of Alzheimer’s Disease in the elderly, a breakthrough British study suggests.

The research showed that large doses of the supplement could halve the rate of brain shrinkage – a physical symptom associated memory loss and dementia in the elderly.

The effects were so dramatic that the scientists behind the work believe it could revolutionize the treatment of the disease.

Brain shrinkage or atrophy is a natural part of aging but it is known to be accelerated in people with Mild Cognitive Impairment (MCI) – a kind of memory loss and forgetfulness – and Alzheimer’s.

Scientists at the University of Oxford conducted a trial on 168 people and found that taking high doses of three vitamin B supplements every day reduced brain shrinkage associated with dementia by up to 53 per cent.

They said the results were so strong that it should open up a debate as to whether the tablets should be prescribed to everyone with MCI – half of whom develop Alzheimer’s disease.

Professor David Smith, a pharmacologist who co-authored the study, said the results were “immensely promising”.

“It is a very simple solution: you give someone some vitamins and you protect the brain,” he said.

“This is the first trial that has shown a glimmer of hope and success. It is the first one of its kind that has worked so clearly. I think it will change the whole direction of Alzheimer’s research.

“500 people a day develop Alzheimer’s in the UK. If we can cut that down by just 10 per cent it will have a big impact. I personally believe that it will.”

The research, published in the journal Public Library of Science ONE, is controversial because it defies current scientific dogma about the way to tackle Alzheimer’s.

It suggests simply taking vitamins can achieve results that have so far evaded pharmaceutical companies, despite millions of pounds being spent on experimental dementia drugs.

The brain naturally shrinks in volume as we get older and when you get to 60, it is shrinking by as much as half a per cent a year.

But in those with MCI it is accelerates to one per cent a year and in Alzheimer’s Disease by 2.5 per cent a year. This is accompanied by severe memory problems, slower thoughts and confusion.

Current research centers around tackling so-called tangles in the brain which are thought to “silt up” the brain’s thought processes.

The team at the University of Oxford set out in a new direction – targeting the abnormal physical shrinkage of the brain.

They knew that a substance called homocysteine, an amino acid found in the blood, was associated with this shrinkage.

They also knew that vitamin B regulated levels of homocysteine and that the more vitamin B in the blood, the lower the levels of the harmful amino acid.

The researchers used an advanced magnetic resonance imaging (MRI) technique to study brain shrinkage in 168 volunteers over the age of 70 with diagnosed MCI.

Over a period of two years, half were given a daily tablet containing high doses of the B vitamins folic acid, B6 and B12. The rest received a “dummy” placebo pill with no active ingredients.

At the end of the trial the effects of the vitamin treatment were found to be dramatic, and most pronounced in participants who started out with the highest rates of brain shrinkage.

On average, taking B vitamins slowed the rate of brain atrophy by 30 per cent, and in many cases reductions was as high as 53 per cent were seen.

Prof Smith said: “This is a very striking, dramatic result. It’s much more than we could have predicted.

“It is our hope that this simple and safe treatment will delay the development of Alzheimer’s disease in many people who suffer from mild memory problems.”

Although the trial was not designed to measure thinking ability, the researchers found that individuals with the lowest rates of shrinkage had the highest mental test scores.

Prof Smith said it was still early to say exactly how vitamin B worked.

The scientists stress that the doses of B vitamins used in the trial are much higher than would be obtained from diets and additives or normal health supplements.

The “TrioBe Plus” pills, prescribed under medical supervision in Sweden but not available in the UK, contain around 300 times the recommended daily intake of B12 and four times recommended folate levels.

However it is possible to copy the dose by buying three separate supplements from health food shops in Britain for as little as 10 pence a day.

The long-term effects of taking big doses of the vitamins were not known, and there was some evidence that high folic acid intake could be linked to cancer, he said.

While Prof Smith said anybody thinking of taking them should consult their doctor first, he personally felt they would be effective.

He said: “These are big doses. Should we take it? The person must be worried about their memory and then I would recommend going to their doctor first. But if I had MCI I would take it.”

Professor Helga Refsum, his co-author at University of Oslo who is a visiting academic at Oxford, said more trials were needed but the evidence was strong.

“As a scientist I am not happy with just one trial and there will be a large debate. But as a clinician sitting in front of a patient I would say vitamin B supplements are fairly safe, they are not expensive and what we have found here is extremely convincing. It is very difficult to argue against its use.”

The study was cautiously welcomed by other scientists although they said more studies were needed to back up the findings.

Rebecca Wood, chief executive of the Alzheimer’s Research Trust, which co-funded the study, said: “These are very important results, with B vitamins now showing a prospect of protecting some people from Alzheimer’s in old age.

“The strong findings must inspire an expanded trial to follow people expected to develop Alzheimer’s, and we hope for further success.

Chris Kennard, chair of the Medical Research Council’s Neurosciences and Mental Health Board, which also provided funding, said: “The findings are very encouraging and we look forward to further research that is needed in order to test whether B vitamins can be recommended as a suitable treatment.”

A spokesman for the Alzheimer’s Society said: “This is an interesting study which could change the lives of thousands of people at risk of dementia. However, previous studies looking at B vitamins have been very disappointing and we wouldn’t want to raise people’s expectations yet, as we have not specifically seen any benefits in preventing the onset of the symptoms of dementia.”

BEST BRAIN SUPPLEMENT: Our favorite brain supplement – AMG – contains high levels of vitamin B-12 in the active, co-enzyme methylcobalamin form, meaning the most active and effective form of vitamin B-12 available.  It also contains high levels of adenosine triphosphate for faster and more efficient brain function, and glucoronolactone for increased pleasure/euphoria.  In short, if you’re interested in slowing brain atrophy, boosting brain function and feeling better all at the same time, this is the supplement you should try first.  Click here to learn more.