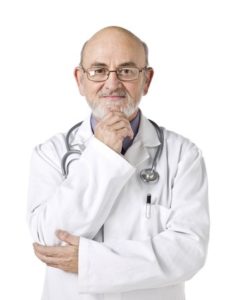 Would you like to reduce your risk of accelerated cognitive decline (i.e., dementia) as you age?  Who wouldn’t?  Indeed, most of us would go out of our way to save our aging brains from the slow agony of dementia…if we knew what steps to take in advance.

Fortunately, a clinical study from Tufts University in Boston – published in the August 2012 Journal of the American Geriatrics Society – indicates that it might not be that difficult, at all, to help keep our aging brains in tip-top shape as we age, and dramatically reduce our risk of cognitive decline.

In fact, according to the researchers, saving your brain can be as simple as loading up on vitamin B-12 – a vitamin that many people in the “over 40” crowd are already deficient in, but don’t realize it.

Indeed, when Tufts University researchers decided to look into the role of vitamin B-12 and brain deterioration, they discovered that people with even mild deficiencies of this vitamin were at greater risk of cognitive decline than people with higher levels.

According to a Tufts University press release announcing the study results:

“Being mildly vitamin B-12 deficient could be an indication that some older adults are at a greater risk for accelerated cognitive decline.

“…Rapid neuropsychiatric decline is a well-known consequence of severe vitamin B-12 deficiency, but our findings suggest that adverse cognitive effects of low vitamin B-12 status may affect a much larger proportion of seniors than previously thought.

“…our study raises the concern that some cognitive decline may be the result of inadequate vitamin B-12 in older adults, for whom maintaining normal blood levels can be a challenge,” said Paul Jacques, D.Sc., the study’s senior author and director of the Nutrition Epidemiology Program.”

The researchers also pointed out that a good dietary source of vitamin B-12 is animal proteins such as lean meats, poultry and eggs.

But they noted that as we age our bodies have a harder time absorbing vitamin B-12 from food.  This may be why such a large number of people over 40 test clinically low in vitamin B-12.

To remedy that problem, the USDA’s Dietary Guidelines for Americans were quietly modified in 2010 to recommend that people over 50 years-old incorporate either B-12 fortified foods or B-12 nutritional supplements into their diets on a regular basis.

Unfortunately, most people over 50 simply don’t realize they need to be taking a good, high-quality vitamin B-12 supplement every day if they want to protect their brains from age-related mental decline.

And by “high quality” I mean a form of vitamin B-12 such as methylcobalamin, which becomes biologically active in the body immediately upon ingestion and does not need to be gradually converted by the body into the active form.

The vitamin B-12 found in most vitamin supplements today is called cyanocobalamin.   It’s included in vitamin supplements because it’s inexpensive to synthesize and easy to obtain.  However, this slow-acting and difficult-to-process form of B-12 cannot provide any benefits whatsoever to your aging body unless your body can first convert it to a biologically active form.  And many aging bodies have trouble making that conversion.

But the special methylcobalamin form of B-12 can be utilized directly by the human body without the need for metabolic conversion.  That’s because it’s already in the biologically active, co-enzyme form and is therefore able to go directly to work in the body.

Indeed, taking a single capsule of methylcobalamin is like getting a doctor’s “shot” of B-12, but without the painful needle stick.  And it’s so cerebrally invigorating, most people notice improved brain function – quicker thinking, greater clarity of mind, more pleasant mood – within the first few days.

So if you suspect you might be deficient in vitamin B-12, or that your growing number of “senior moments” might be tied to a B-12 deficiency, then holistic health doctors say methylcobalamin is the specific form of B-12 you need to be taking now.

Since the Tufts University study demonstrated that declining brain function can be tied directly to declining levels of vitamin B-12 in the body, and that even a mild deficiency of this vitamin can result in cognitive decline in older adults, it only stands to reason that taking the most biologically active form of B-12 is paramount.

As a bonus, it also contains high levels of adenosine triphosphate, an energy molecule needed in prodigious quantities in the brain, and which results in faster and more efficient brain function.

Finally, in every capsule of AMG you also get a nice, heaping helping of glucoronolactone – an all-natural metabolite of glucose specifically used by the brain to help induce pleasure or even mild euphoria.

In short, if you’re interested in slowing brain atrophy with methylcobalamin B-12, boosting brain function with adenosine triphosphate and feeling like a million bucks with glucoronolactone, AMG is the dietary supplement you should try first.  Click Here To Learn More About AMG!