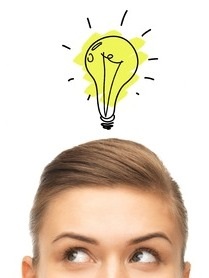 While little-known to the general public, glucoronolactone is an all-natural metabolite of glucose that’s actually been around in supplement form since the 1960’s when it was first given to U.S. troops during the dark days of the Vietnam war as a natural means of uplifting mood and morale while relieving mental stress and depression.

In other words, glucoronolactone is both ergogenic (i.e., performance, energy and stamina-enhancing) and euphoragenic (i.e., pleasure-inducing).  It boosts brain energy and function and helps induce feelings of well-being or even mild euphoria by triggering your body’s “happy” brain chemicals.

The brain-boosting and mood-boosting benefits of glucoronolactone are so impressive, ex-Google employee Michael Brandt and Glassmap founder Geoffrey Woo, both Stanford graduates, admit to using it as part of their regular morning “nootropic brain stack” for achieving optimal brain function. And glucoronolactone was even featured for its brain-boosting and mood-enhancing benefits on ABC TVs Shark Tank.

Finally, according to NutriScience, “Studies suggest that glucuronolactone…promotes mental performance and positive mood as well.  When given glucuronolactone in a clinical study, subjects showed significant improvements in reaction time, concentration, and memory.”

In other words, virtually all of your body’s metabolic processes are directly or indirectly aided by the presence of glucoronolactone, which means it’s needed for the very process of life, itself.

What’s more, it’s completely natural.  Glucoronolactone is made in the liver, out of glucose.  And it can also be found in a variety of plant gums and other natural sources – it’s even in wine, in small amounts.

Plus, it’s one of the body’s most important natural de-toxifiers, being demonstrated in clinical trials to convert toxic substances – including drugs like morphine and codeine, or harmful chemical substances such as xenoestrogens, pollutants, toxins, and carcinogens – into harmless water-soluble substances which can then be easily excreted through the kidneys rather than building up in the body.

In a nutshell, glucoronolactone is a powerful nutritional metabolite of glucose that boosts brain function, provides a profound sense of physical and mental well-being (mild euphoria), increases energy levels, improves metabolism, and detoxifies the liver – all at the same time.

Our favorite brain supplement — AMG — contains high levels of glucoronolactone for a powerful mental uplift.  As a bonus, it also contains adenosine triphosphate, an energy molecule needed in prodigious quantities in the brain and which results in faster and more efficient brain function.  And finally, AMG contains nearly 24 times the normal minimal daily recommended dosage of methylcobalamin, the active, co-enzyme form of vitamin B-12 known to easily cross the blood-brain barrier and help prevent brain shrinkage while maintaining brain function at optimal levels.

In short, if you’re interested in feeling like a million bucks again with glucoronolactone, while slowing brain atrophy with methylcobalamin and boosting daily brain function with adenosine triphosphate, then AMG is the dietary supplement you should try first.  Click Here To Learn More About AMG!