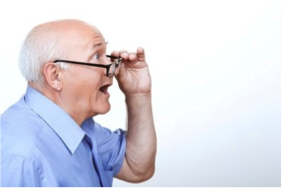 According to research conducted at the University of Pennsylvania School of Medicine, the human brain uses more energy than any other organ, including the heart. After all, it’s the master control organ for the entire body. And the primary source of cellular energy in the brain is a nutrient known as adenosine triphosphate, or ATP, which the brain requires in prodigious quantities every single minute of every single day.

ATP, or adenosine triphosphate, is critical to brain function. Indeed, it’s the second-most important molecule involved in brain function, next to oxygen. According to Dr. Richard Passwater, Ph.D., “ATP enhances the delivery of nutrients and oxygen to the brain, and stimulates the removal of waste products.” But that’s not all it does – not by a long shot.

The More ATP in Your Brain,
the Better It Works!

For example, when researchers at the University of Minnesota Medical School conducted a study to determine to what extent ATP levels were linked to improved brain function, they were stunned to find that consistently high ATP levels were needed not only for the efficient firing of neurons in the brain, but also for the brain’s little-understood “housekeeping” activities – i.e., it’s ability to self-repair any damage to brain cells and tissues, and to help keep brain tissue alive and functioning at optimal levels as we age.

Later, another clinical study conducted under the auspices of the National Academy of Sciences demonstrated that higher functioning brains contain up to 50% more ATP than normal brains. In other words, the more ATP you have in your brain, the better your brain works. According to the researchers, it’s a plain and simple correlation: With more ATP, you’ll enjoy sharper memories…greater clarity of thought…greater ability to “think on one’s feet”…and far less “brain drain” throughout the course of a day.

Today, there’s no argument that peak brain health and function is largely dependent upon the presence of copious amounts of ATP. According to Dr. Barry Sears, M.D., “Without adequate levels of ATP, your brain has an energy drain and its function decreases…. Below a critical level of ATP production, brain cells can begin to die.” In other words, ATP is foundational to optimal brain health, well-being and function.

Researchers have only recently discovered that ATP also works as a neurotransmitter in the brain – it helps brain cells to communicate and control each other. In fact, according to Dr. Sarah Myhill, M.D., “Other brain neurotransmitters won’t work unless they’re accompanied by a molecule of ATP.” According to physician’s assistant David Overton, this means the brain’s main energy source also serves as the language between brain cells, helping them communicate smoothly and efficiently with each other for faster and more efficient thinking.

What’s more, according to board-certified nutritionist Byron J. Richards, ATP levels in the brain largely determine how effectively you communicate with others, as well as the quality of your mental and emotional state:

“The brain’s glial cells use ATP to communicate. And glial cells are the primary regulators of neurons; they must have ATP to tell neurons what to do.

This means that your brain uses energy to communicate. If you run low on energy your brain does not communicate and your neurotransmitters do not flow in an optimal way.

In short, your overall supply of energy in the form of ATP is the single-most important factor determining the health of your mind and mood.

…If you don’t have enough ATP on hand you will feel irritable, tired, have a poor mind, and it will seem like the burden of stress is causing wear and tear.”

Indeed, according to the University of Pennsylvania researchers, the central nervous system – which is comprised of both the brain and the spinal cord – “requires a constant input of ATP” for energy. And according to Scientific American, “It’s well established that the brain uses more energy than any other human organ” and that “the primary source of that energy is ATP.”

The researchers also pointed out that “the metabolic rate of the brain” (i.e., the rate that energy is produced and utilized in the brain) is “closely correlated with physiological function.” In other words, if you want improved brain function, you must increase your brain’s levels ATP.

What’s more, without ATP there can be no neurogenesis taking place in the brain, meaning no formation of new brain cells. And there can be no brain repair, either. As pointed out by Dr. Sarah Myhill, M.D.:

“The brain creates a million new connections every second. This means there is huge potential for healing and repair; it is simply a case of moving things in the right direction. But the brain has to have the optimum energy supply to allow this process to happen! And ATP is the energy supply it depends upon.”

Dr. Myhill concludes by saying “Improve ATP levels in your brain, and you’ll improve all aspects of brain function. Indeed, improving ATP delivery is the best treatment for low mood and depression.”

The bottom line is that in order for your brain to work at peak efficiency and effectiveness, it needs ATP – and lots of it. Without ATP, brain energy and related brain function gradually grind to a halt, just like a car sputtering out of gas on the freeway.

Finally, in every capsule of AMG you also get a nice, heaping helping of glucoronolactone – an all-natural metabolite of glucose specifically used by the brain to help induce pleasure or even mild euphoria.

In short, if you’re interested in feeling like a million bucks again with glucoronolactone, while slowing brain atrophy with methylcobalamin and boosting daily brain function with adenosine triphosphate, then AMG is the dietary supplement you should try first. Click Here To Learn More About AMG!