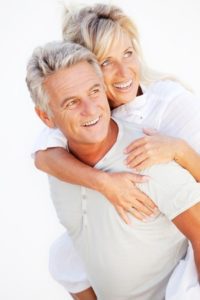 I’ll always wonder if Janis Joplin, the rebellious blues-rock icon of the late 1960’s whose notoriously unhappy mental state eventually led to a drug overdose and her untimely death at age 27, would still be alive today had the profoundly effective mood-boosting dietary supplement, Pregnenolone, been as freely available in those days as it is now.

After all, as tens of thousands of regular Pregnenolone users can attest, this safe, natural hormonal supplement lifts the spirit and banishes low energy
levels and mild depression like no other substance on the face of the earth. Indeed, its mood-enhancing benefits are so profound, Dr. Ray Sahelian, M.D.,
has stated in his wonderful little book, Pregnenolone: Nature’s Feel-Good Hormone:

“I am 100 percent convinced that taking Pregnenolone leads to changes in awareness and alertness. I noticed an improved visual clarity…within an hour of dosing…a mellow, steady, persistent feeling of well-being…had imperceptibly come on…Flowers seemed brighter and prettier…my attention focused on the architecture of the homes…I started noticing the patterns of the stones, the shapes of the windows, doorways, porticos and other details…the palm trees…appeared Caribbean island-like picturesque. Everything seemed more beautiful and intriguing. I felt a sense of child wonder, that everything was okay. How special and enchanting life could be!”

Or, as one regular Pregnenolone user from Minnesota recently put it, “I just like the fact that it makes me feel good again. At age 76, I go through the day with a lift in my step and a smile on my face when I take Pregnenolone. I can sure tell the difference with and without it.”

How the “Mother Hormone” Boosts Brain Power, Increases Stamina and Lifts the Spirit!

Pregnenolone was discovered in the 1940’s. But it wasn’t until 1994 that the FDA finally allowed Pregnenolone to be sold as a dietary supplement, because
it was found to be safe, non-addictive, non-toxic and derived from completely natural sources (i.e., the wild yam plant).

But what most people don’t realize is that Pregnenolone is the grand precursor from which almost all of the other hormones in the human body are made, including DHEA, progesterone, testosterone, the estrogens, and cortisol. That’s why it is frequently referred to as the “mother hormone.”

So why is Pregnenolone so important?

In medical studies Pregnenolone has been demonstrated to boost both mood and mental alertness while helping to relieve stress and fatigue. According to the
respected biologist and author Dr. Ray Peat, PhD, a well-known hormone researcher:

“It is now known that Pregnenolone is one of the major hormones in the brain…It protects brain cells from injury caused by stress and fatigue, and an adequate amount has a calming effect on the emotions, which is part of the reason that it protects us from the stress response that leads to an excessive production of cortisone. People who use Pregnenolone feel a mood of resilience and an increased ability to confront challenges.”

Indeed, Pregnenolone seems to have a unique balancing effect on the human body, bringing the levels of other important hormones into their proper ratios
with each other, as needed. Researchers say this is why it appears to work equally beneficially for both men and women.

Other widely reported benefits of Pregnenolone include increased resistance to effects of stress, dramatic improvement of mood and energy, reduced symptoms
of PMS and menopause, improved immunity, and enhanced libido in both men and women.

What’s more, supplementing with small amounts of Pregnenolone – anywhere from 5 mg. to 20 mg. per day – is widely reported to increase the body’s production of a host of brain neurosteroids which many experts believe helps improve your mood, morale and quality of life by rejuvenating the brain and body to more youthful levels of function.

Indeed, experts say Pregnenolone itself operates as a powerful neurosteroid in the brain, modulating the transmission of messages from neuron to neuron,
and strongly influencing learning and memory processes. In other words, it helps you think quicker, understand and retain more complex topics, and even
speak with greater clarity.

In animal tests, Pregnenolone has been found to be 100 times more effective for memory enhancement than any other steroid, steroid-precursor or drug
tested. According to the Proceedings of the National Academy of Sciences (Nov. 6, 1995), Pregnenolone is “The most potent memory enhancer yet found.”

“There is strong evidence that Pregnenolone levels diminish with advancing age and that restoring these levels may help alleviate deteriorating brain function.

…This is borne out in research that has demonstrated Pregnenolone’s ability to reduce the risk of dementia and improve memory, while also alleviating anxiety and fighting depression

…These complementary and versatile actions of Pregnenolone are sending shock waves of interest through the scientific community because of the
enormous implications for treating all sorts of age-related disorders of memory.”

Dr. Joseph Mercolo, D.O., the famous internet health guru and bestselling author of The Total Health Program agrees, saying, “Pregnenolone also operates as a powerful neurosteroid in the brain, modulating the transmission of messages from neuron to neuron and strongly influencing learning and memory processes.”

What the Experts Are Saying…

Many other experts agree with Dr. Goepp, M.D. and Dr. Mercola, D.O. on the many astonishing and healing benefits of Pregnenolone. Here’s what just a few of them have to say:

“Pregnenolone very quickly helps fatigued, stressed people regain their ability to handle stress, sometimes with a single dose. It also tends to improve function of the thyroid and other glands. It can have a calming effect on the emotions, giving a mood of resilience and an ability to confront challenges.”

“One of Pregnenolone’s most important actions is to counter damage caused by the natural stress hormone called cortisol. Cortisol is helpful in modest amounts, but is toxic at higher levels. Pregnenolone’s ability to block excess cortisol levels may be one of the main reasons for its known memory-enhancing and mood-boosting effects.”

Independent medical studies and observations by clinical researchers have demonstrated that Pregnenolone shows tremendous potential in a dizzying array of conditions, many of which are associated with alleviating the potentially debilitating effects of pre-mature aging. These studies have shown that
Pregnenolone effectively:

What’s more, a number of cutting edge medical researchers and scientists believe this is only the tip of the iceberg. Based upon newer research conducted by independent researchers, it is further believed that Pregnenolone may also:

Additionally, according to more recent research Pregnenolone may also help:

This means that, unlike some of the synthetic prescription hormones such as testosterone, the use of Pregnenolone does not appear to inhibit the body from
producing its own stores of the hormone.

Indeed, according to Dr. Peat, studies show that oral supplementation of Pregnenolone actually enhances the body’s ability to make its own Pregnenolone
naturally!

Targeted Nutrients carries therapeutic-quality Pregnenolone in the highly recommended 10 mg. dosage. You get 60 chewable tablets per bottle – a one-to-two month supply for the average person.

Unlike other vendors who sell cheap, Chinese-made Pregnenolone, Targeted Nutrients Pregnenolone is manufactured right here in the U.S.A. and in an
FDA-approved, certified GMP (Good Manufacturing Processes) laboratory, so you can rest assured of its impressive quality and safety.

The tiny chewable tablets are sweet-tasting, cherry flavored, and can easily be broken in half for people who prefer to use lower dosages. (People normally
take between 5 mg. and 10 mg. per day for age-related benefits, and up to 20 mg. per day for stronger therapeutic benefits such as for fatigue, emotional
exhaustion, mental clarity, or as part of a long-term anti-aging program.)

But the bottom line is that you’ll feel the difference within the first few days – or you get your money back!

If you’re anything like me, life gets awfully hectic these days, and it’s easy to end up feeling “blah” or out-of-sorts. So if you think you could use a
nice mental lift from time to time, Pregnenolone may be just what you’re looking for.

I often take Pregnenolone two or three times a week (in 10-20 mg. doses) just to experience that profound lift in my step it always provides! What’s most interesting to me is that the residual positive effect from taking Pregnenolone in this manner can last for days.

Finally, thanks to its profound mood-boosting qualities, Pregnenolone makes you feel like you’re 21 again – lifting up the spirit and banishing depression
and low energy levels and like no other substance on the face of the earth. Click Here To Learn More About Pregnenolone!