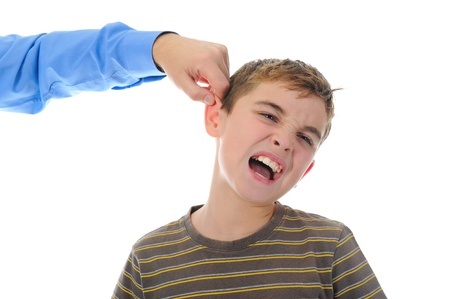 Why Dad Was So Darned Angry With Me – Over Coffee!

When I was a young lad of just 15 years, my dad – who was generally a jovial fellow – would get visibly upset with my mom for allowing me to have a cup of coffee with breakfast.

When she’d ask what the problem was, he’d reply, “You’ll have him pissing like a horse before he’s 20.”

Now, I don’t know exactly what he meant by that. And to this very day I still don’t know why my dad thought 15 years old was too young to start drinking coffee. Maybe his dad wouldn’t let him drink coffee when he was a teen, either.

But I’m 62 years old now, and I’ve had my daily caffeine fix each morning since I was 15. And I still pee pretty much normal, I suppose, adjusted for old age.

One Interesting Difference:
The Nirvana Compound

There’s only one thing different for me, today:

Instead of drinking coffee, I now take my daily caffeine fix in a small white pill called Wide Awake! And the caffeine in that pill – which is about the amount you’d get in a premium cup of coffee at Starbucks – is mixed with a very unique but little-known all-natural nutrient called glucoronolactone.

Perhaps you’ve never heard of glucoronolactone. But “smart nutrient” aficionados certainly have. In fact, they refer to glucoronolactone as the “nirvana compound,” thanks to its ability to do two important things:

1.) It easily crosses the blood brain barrier (that’s because it’s an all-natural metabolite of glucose, the brain’s main operational fuel), and…

2.) It triggers the release of the brain’s “happy chemicals.”

You should be using this unique, all-natural nutrient, too, along with a small amount of all-natural caffeine. And I’m going to show you exactly why when you click the link below to read more about the amazing energy supplement called Wide Awake! from Targeted Nutrients.

As you’ll see, Wide Awake! is actually a life-changing supplement that can have some profound benefits for your health and well-being as you age.

But I warn you in advance: Once you start using the world’s only supplement containing both all-natural glucoronolactone and a small amount of pure, natural anhydrous caffeine, you won’t want (or need) to slug down multiple cups of coffee every day, or use those unhealthful, sugar-laden “energy drinks” in the afternoons any longer.

Instead, to put a noticeable lift in your step and a great big smile on your face each day, you’ll simply pop a small white pill. Click the link below to get the straight scoop you won’t hear anywhere else.

P.S. Learn why some of the world’s wealthiest and most successful individuals have cast aside their all-day coffee rituals and have switched to using glucoronolactone instead.

According to Health Monthly, “Glucuronolactone delivers a valuable energy boost for the brain…giving you an extra edge to enhance your focus and concentration.”

And according to NutriScience, “Studies suggest that glucoronolactone…promotes mental performance and positive mood as well.  When given glucuronolactone in a clinical study, subjects showed significant improvements in reaction time, concentration, and memory.”

affected in a positive manner by the presence of glucoronolactone. Discover why this all-natural nutrient that triggers the brain’s happy chemicals is rapidly becoming the favorite “smart nutrient” of all times…