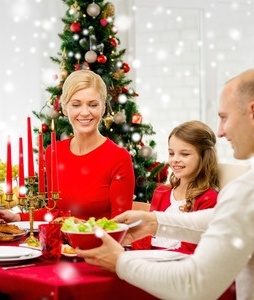 If you’re in need of a holiday mood-boost, or you just need a general pick-me-up that has mild euphoric qualities, you might want to consider trying the nutritional supplement Pregnenolone.

Here’s why: Pregnenolone has been widely reported to make people feel happier. And numerous clinical studies confirm it.

“I am 100 percent convinced that taking pregnenolone leads to changes in awareness and alertness. I noticed an improved visual clarity…within an hour of dosing…a mellow, steady, persistent feeling of well-being…had imperceptibly come on…Flowers seemed… brighter and prettier…my attention focused on the architecture of the homes…

…I started noticing the patterns of the stones, the shapes of the windows, doorways, porticos and other details…the palm trees…appeared Caribbean island-like picturesque.

Everything seemed more beautiful and intriguing. I felt a sense of child wonder, that everything was okay. How special and enchanting life could be!”

Dr. William Regelson, a respected pregnenolone expert and author of The Superhormone Promise: Nature’s Antidote to Aging writes that there appears to be a direct correlation between pregnenolone levels in the human body and emotional well-being. He states:

“A recent study conducted by the National Institutes of Mental Health showed that people with clinical depression have lower than normal amounts of pregnenolone in their cerebral spinal fluid (the fluid that literally bathes the brain).”

In other words, as pregnenolone levels decline, your emotional well-being can also sink like a stone. Dr. Joseph Mercola, D.O. states:

Other experts point to pregnenolone’s ability to help reduce excessively high levels of the stress hormone, cortisol, as the reason it has such a profoundly positive balancing effect on the emotions. According to Dr. Keith Scott-Mumby, M.D.:

“Pregnenolone has been studied extensively since the 1940s…One of its most important actions is to counter damage caused by the natural stress hormone called ‘cortisol.’

Cortisol is helpful in modest amounts, but is toxic at higher levels. Pregnenolone’s ability to block excess cortisol levels may be one of the main reasons for its known memory-enhancing and mood-boosting benefits.”

According to noted biologist and author James South, M.A., pregnenolone not only improves mood but protects the body’s mitochondria from toxins, so energy can be produced in the body without hindrance. He writes:

“Pregnenolone has a mildly euphoric ‘stress buffer effect’, without any of the negative side effects of cortisol…Pregnenolone improves mood, and has a mild antidepressant effect…[it] also improves energy levels by protecting your energy producing mitochondria from toxins, which would otherwise damage the mitochondria.”

“When using pregnenolone, men and women alike report feeling a profound mood of resilience and an increased ability to confront challenges successfully.”

In the book, The Mood Cure, by Julia Ross, M.A., pregnenolone supplementation is highly recommended for helping overcome adrenal fatigue and reversing even the most devastating forms of exhaustion, emotional distress and depression.

And in the book, Pregnenolone: A Radical New Approach to Health, Longevity, and Emotional Well-Being, author Dr. Gary Young, N.D., points out that pregnenolone enhances mental performance, facilitates learning, helps the body adapt to stress, increases one’s overall feeling of happiness and well-being, and helps induce a change of attitude in which we actually become more appreciative of life!

In short, restoring pregnenolone to more youthful levels in the body helps boost not only our emotional well-being, but enhances our physical and cognitive abilities as well.

Yours for better health and well-being, the safe, natural way…

Posted in Happiness, Hormones, Mood Boosting, Pregenenolone
← Why Dad Was So Darned Angry With Me – Over Coffee!My Surprising Daily Energy Secret, Revealed… →