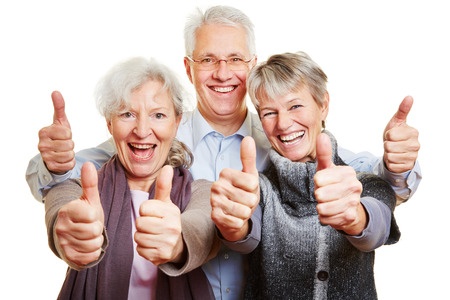 If Mild, Nagging Depression is Getting the Better of You as You Age, This is the Safe, Natural Nutrient You Need to Know More About Right Now

While growing up, whenever I faced challenges or obstacles from other people, my old Marine Corps dad would always turn to me and say, “Son, don’t let the bastards get you down.”

He was right. We can’t allow outside forces to get us down or stop us from moving forward. And truth be told, the same is true for inside forces, as well. By that, I’m talking about nutritional deficiencies that leave us feeling helpless, powerless, or even just plain weighted down by the world as we age.

If you’re facing a nasty case of the so-called “middle-aged blahs,” or you just haven’t been feeling your old self lately, you’re going to want to read more about the safe, natural nutrient that health experts say can turn it all around for you in no time flat.

Here’s the story you won’t find anywhere else…

When Dr. William Regelson, M.D., wrote his best-selling book, The Superhormone Promise way back in 1996, he outlined in great detail how the safe, natural hormone precursor known as pregnenolone was being used by millions of aging folks to beat the “over-the-hill blues”…the “middle aged blahs”…and other euphemisms for the mild, nagging depression that often strikes as we get older.

Dr. Regelson pointed out the array of clinical studies going back to the 1940’s demonstrating pregnenolone’s ability to perk people up, boost cognitive abilities, increase memory and retention, bolster physical stamina and well-being, and most importantly of all make you feel younger and happier again as you age.

Indeed, he was one of the very first medical doctors to emphasize pregnenolone’s astonishingly uplifting qualities, and to point out that this was because pregnenolone is the hormone precursor from which all other bodily hormones are derived, including DHEA, progesterone, testosterone and estrogen. That’s why pregnenolone is so frequently referred to as the “mother hormone.”

The Correlation Between
Pregnenolone and Emotional Well-Being

Dr. Regelson wrote that there appears to be a “direct correlation” between pregnenolone levels in the human body and one’s emotional well-being. He stated:

“A recent study conducted by the National Institutes of Mental Health showed that people with clinical depression have lower than normal amounts of pregnenolone in their cerebral spinal fluid — the fluid that literally bathes the brain.”

Dr. Regelson went on to state the following:

“I believe many cases of depression in older people are actually caused by the decline in superhormones and, in particular, pregnenolone.

…I believe that restoring the superhormones such as pregnenolone to their youthful levels will prevent many of the cases of depression that occur among older people and that are all too frequently written off as part of the ‘normal’ aging process.

My belief has been confirmed by a recent study conducted by the National Institutes of Mental Health; it showed that people with clinical depression have lower than normal levels of pregnenolone in their cerebral spinal fluid (the fluid that bathes the brain).

…Although there have been no official studies done on the treatment of depression with pregnenolone, I believe that in cases of mild depression pregnenolone should be very helpful and certainly should be tried before bringing in the ‘heavier guns,’ i.e., stronger medication that can cause serious side effects.

We know that pregnenolone is safe, well tolerated, and causes no known side effects, so it just makes good sense to try it first.”

So if you’re suffering from mild depression from time-to-time as you get older, or you just want to feel that youthful vibrancy and joie de vivre again — both mentally and physically — you might consider learning more about pregnenolone, the body’s safe, natural “happiness hormone.”

Getting older shouldn’t mean getting depressed, feeling low, constantly battling the blues or feeling like you’ve got the weight of the world on your shoulders. Quite the contrary: It should be one of the happiest times of your life.

Unfortunately, because pregnenolone levels tend to decline precipitously as we age, that natural happiness that was abundant during our youth can also begin to wane from middle age onward.

The simple solution, according to Dr. Regelson and numerous other anti-aging experts is to replenish the body’s natural levels of pregnenolone.

So don’t let a simple-to-correct nutrient deficiency get you down and keep you there. Here’s what you need to know right now if you want to start feeling better again from the very first day you try this safe, natural hormone precursor known as pregnenolone…

Yours for better health and well-being, the safe, natural way…