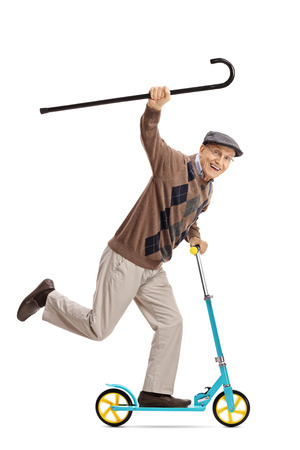 The Profound Anti-Aging Benefits of DMG

I’ve written to you several times now about the astonishing youth-enhancing and anti-aging benefits of DMG — a safe but very powerful nutrient needed by every cell in the human body on a daily basis for some 41 different critical bodily functions.

If you’ve been reading my emails, you know by now that DMG is regularly used by in-the-know people over age 40 to help restore bodily functions to more youthful levels, resulting in boosted energy, stamina, immunity, brain function and physical well-being in the process.

But DMG does more. Much more. And I want you to know about it because it is quite literally the most profound anti-aging supplement on the market today…

It’s important to understand the fact that DMG is absolutely required by the aging human body for efficient function. In fact, take DMG out of the body, and metabolic function…cell function…tissue function…organ function all begin to fail.

Without the presence of DMG, your body can’t even make DNA – the very building block of life! But when your DMG levels are at their natural highest levels, virtually every part of your body functions more youthfully and efficiently from the inside out.

Perhaps best of all, your body FEELS like it did back when you were younger.

As noted supplement expert George Foss, of the Foss Report on Nutrients explains:

“What’s most interesting to me is that you don’t need much DMG to effect some very profound and positive changes in your life and in your health. In fact, when you take as little as 100 mg. a day of DMG, you really begin to feel the difference right away.

DMG has some very pronounced benefits, such as increased energy, an overall feeling of well-being, faster thinking, faster healing of cuts, burns, bruises, aches and pains, enhanced memory, and particularly greater stamina throughout the day.

In other words, you don’t burn out as easily in the course of a normal day. It turns energy and stamina deficits into energy and stamina surpluses. That’s one of my favorite things about DMG supplementation. Other supplements claim to do this. But DMG actually does it.”

That’s because DMG is directly responsible for a whopping 41 distinct and crucial biochemical functions in the human body. And that’s why, every time you take DMG, you quite rapidly begin to feel so much better (and younger).

Here’s what several recent converts to DMG have written to say:

“I really do feel younger and more vital whenever I take DMG. And it’s not just increased energy and stamina. It’s something else, too. It’s like being invigorated. I feel healthier. I feel happier. I feel stronger. Almost to the point of feeling invulnerable, like I did as a teenager. I know that sounds awfully silly. But that’s really what it does for me. And that’s why I like it so much! My husband likes it too. We take it every time we go out to parties, or take a trip somewhere, or go see a show in town, or just whenever we need a nice overall boost.”

“Two months ago I turned 50 but felt like I was 60. After taking DMG for a few weeks, wow, I really do feel 20 years younger. I recommend your DMG to everyone I know.”

I Got My Old Workhorse Spirit Back

“I’m retired, aged 65, and I hadn’t been feeling my usual self for several years. In fact, it was getting harder to make it through the day without feeling like I’d been run over by a Mack truck. After awhile I’d pretty much lost interest in doing anything. I just chocked it off to getting older. My doctor agreed, telling me to ‘Get used to it because it happens to the best of us.’ But when I saw the information about DMG I decided to try it. And I’m sure glad I did! Not only do I now feel better than I have in years, I got my old workhorse spirit back. And that sure makes me happy.”

As you can see, DMG really does the trick.

Reverse Those Symptoms of Premature Aging

And for most people, it begins doing so the very first day you start using it! Many people taking DMG claim it quite literally makes them feel 20 years younger, particularly in terms of increase energy, vitality and stamina.

Virtually every aspect of bodily function is positively affected – because of the simple fact the body absolutely needs DMG for efficient and effective function.

So learn more about what the experts are saying, and why they’re recommending DMG to anyone over 40 years old who’s starting to feel a bit older than their years.

Posted in Anti-Aging, DMG, Energy
← The Overlooked Nutrient that Keeps You Happy as a Lark as You AgeA Kinder and Gentler Way to Beat Arthritis and Inflammation →