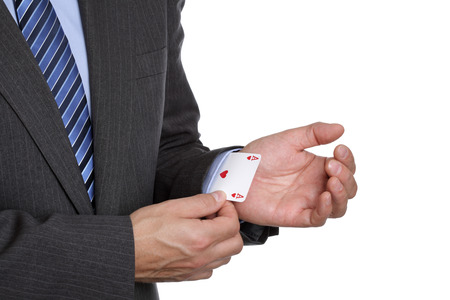 Methylcobalamin: The Ace Up Your Sleeve for Maximum Cognitive Function as You Age

Methylcobalamin has long been known as the body’s essential “brain and energy vitamin.” Some even call it the “thinker’s vitamin.”

That’s because methylcobalamin is a special co-enzyme form of vitamin B-12 that’s nature’s most neurologically active form.

It’s also the most cerebrally invigorating form of B-12, because it’s the only form that can quickly and easily cross the blood-brain barrier to nourish a nutrient-starved brain.

In just a moment I’ll tell you about my favorite methylcobalamin supplement. But first, it’s important to understand how truly crucial methylcobalamin is to the proper and long-term function of the human brain.

Crucial to Brain Health as You Age

Indeed, your ability to think, reason, and act coherently upon your thoughts is largely dependent upon the presence of enough B-12 in the brain.

According to Dr. Jeffrey J. Stuart, D.O., author of Could it Be B-12: An Epidemic of Misdiagnosis, not only can low vitamin B-12 levels in the brain make your memory fuzzy, cause cognitive difficulties and even mimic Alzheimer’s disease, but the deficiency can also directly impair the function of the vital nerve cells in your brain that control how you feel, think and behave.

In fact, vitamin B-12 in its active methylcobalamin form is so important to good mental health and optimal brain function, a long-term deficiency “can cause severe mental illness including depression, paranoia and symptoms resembling schizophrenia or bipolar disorder.”

Even a Mild Deficiency Can Cause Brain Shrinkage

In people over 40, low levels of vitamin B-12 have been tied directly to declining brain function (see August 2012 Journal of the American Geriatrics Society).

In fact, in recent studies, researchers from the USDA and Tufts University have demonstrated that even a mild deficiency of vitamin B-12 can predict ongoing cognitive decline.

According to WebMD.com, “Since your body doesn’t make vitamin B12, you’ll need to get it from animal-based foods or from supplements, and it needs to be consumed on a regular basis in order to avoid deficiency problems.”

Other recent clinical studies have shown that older adults who are deficient in vitamin B-12 face a 50% greater propensity toward brain shrinkage and related cognitive deficiency than those who are not deficient in the vitamin – another vital reason to maintain as reasonably high levels of methylcobalamin as possible in the body and brain as we age.

According to Dr. Joseph Mercola, DO, declining vitamin B-12 levels will inevitably have a profoundly negative effect on mood and mental health. He writes:

“As your vitamin B12 levels falter, some of the initial signs will often include mood changes, such as lack of motivation or feelings of apathy. Low B12 levels can also lead to acute mental fogginess, memory troubles, muscle weakness, and fatigue.

Researchers at the National Institute on Aging have found that a B-12 deficiency can double the risk of depression in older women.

Not only that, but according to Dr. Stuart, “One telling fact is that around 90% of the patients we identify with vitamin B-12 deficiency in the ER are on antidepressants, which reveals that their primary care doctors and other specialists failed to screen them for B-12 deficiency as a reason for their depression.”

2 Reasons for Today’s
Epidemic of B-12 Deficiency

Unfortunately, additional clinical studies have demonstrated that most older Americans are already vitamin B-12 deficient.

The culprit, according to Dr. Joseph Mercola, D.O., is two-fold: Poor digestion, and taking the toxic, synthetic form of vitamin B-12 instead of taking the active, co-enzyme methylcobalamin form. Dr. Mercola goes on to explain that:

✓ Reason #1: Poor digestion – As our body ages, it begins to have more difficulty extracting B-12 from the foods we eat and converting it into the active methylcobalamin form the brain can utilize. According to Dr. Mercola, “When you get older, the lining of your stomach gradually loses its ability to produce hydrochloric acid, which releases vitamin B12 from your food in the form your body can efficiently absorb and utilize. If you’re over 40, it’s safe to assume you’re not absorbing vitamin B12 at an optimal level.”

✓ Reason #2: Synthetic B-12 v/s Methylcobalamin – It turns out that even your vitamin supplements and “vitamin fortified foods” aren’t helping much when it comes to sustaining optimal vitamin B-12 levels. That’s because most vitamin manufacturers and food processors have taken to using a cheap and completely synthetic form of B-12 called cyanocobalamin, which the body has to convert through a complex metabolic process into the active natural form before it can be utilized. It’s estimated that as little as 12% of a dose of cyanocobalamin is ever converted to the active form of B-12 and utilized in the body.

What’s more, cyanocobalamin is bound to a potentially toxic cyanide molecule (hence the name “cyano-cobalamin”) that must be separated from B-12 in the liver and removed from your body through an elaborate detoxifying process. This process further reduces the amount of active B-12 that can be derived from cyanocobalamin and used for the health of both body and brain.

As the respected Life Extension magazine has stated:

“The liver simply does not convert cyanocobalamin, the commonly available form of vitamin B12, into adequate amounts of methylcobalamin, which the body uses to treat or correct neurological defects.”

For the above two crucial reasons – poor digestion as we age, and using the toxic, synthetic cyanocobalamin form of B-12 rather than the active, natural methylcobalamin form – most adults in the 40-plus age range are now known to be deficient in vitamin B-12, either clinically, or sub-clinically. And they are therefore at growing risk of cognitive decline and brain malfunction.

In fact, Tufts University has reported that a whopping 40% of the entire U.S. population is B-12 deficient, with even higher deficiencies among vegetarians (not enough B-12 in vegetables and fruits) and the elderly (i.e., the digestive problem spelled out above in “Reason #1″).

Forgetfulness…”brain fog” and other signs of slowing mental function…low mental energy…sluggish brain self-repair…poor mood and morale – all of these are symptoms of low B-12 levels in the brain.

But here’s the secret: According to natural health experts, the solution to keeping your brain’s levels of B-12 at therapeutic levels is to always use the much rarer but far more bio-active co-enzyme form of B-12 known as methylcobalamin.

“…methylcobalamin is the only form of vitamin B-12 that can cross the blood brain barrier without biotransformation. Its methyl group stimulates serotonin creation, a neurotransmitter which is responsible for mood enhancement and protects the brain from damage against excitotoxins.”

In other words, the correct form of B-12 – the active co-enzyme methylcobalamin form – goes directly to work in the brain triggering neurotransmitters that are responsible for elevated mood, quick-thinking and protection against brain damage from toxins.

Thankfully, because the methylcobalamin form of vitamin B-12 is so powerful, most people notice improved brain function within the very first few days of taking it. It not only boosts mood and mental clarity, and improves brain function, but it also protects the aging brain against the otherwise devastating effects of exitotoxins that can kill brain cells.

Indeed, methylcobalamin, the neurologically active form of B-12, is so essential to optimal brain function that the human brain can’t even put thoughts together coherently unless enough of it is present. 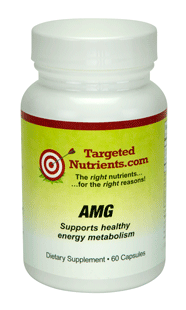 Our favorite brain supplement – AMG – contains high levels of methylcobalamin – the active, co-enzyme form of B-12 that readily crosses the blood-brain barrier and nourishes the brain.

In fact, each capsule contains over 400 times the daily recommended minimum dietary amount of methylcobalamin. So you get atherapeutic nutrient dose with every capsule of AMG, rather than a merely superficial dose as found in even some of the most popular multi-vitamin brands.

As a bonus, AMG also contains high levels of adenosine triphosphate, an energy molecule needed in prodigious quantities in the brain, and which results in faster and more efficient brain function.

Finally, in every capsule of AMG you also get a nice, heaping helping of glucoronolactone – an all-natural metabolite of glucose known as the “nirvana compound” because it’s specifically used by the brain to help induce pleasure or even mild euphoria.

In short, if you’re interested in keeping your brain nourished with the nutrients it truly needs for faster thinking, better memory, crystal clear clarity of mind, and optimal brain energy and function, then AMG is the supplement for you.

✓ You’ll get a nice hefty dose of the “thinker’s vitamin,” methylcobalamin.

✓ And you’ll feel like a million bucks again with the so-called “nirvana compound” known as glucoronolactone.

Click here for your special deal on AMG…
Yours for peak brain function, the safe, natural way…

Posted in AMG, Cognitive Enhancement
← Are You Looking for Something Safe and Natural to Boost Your Energy Levels?How Glucoronolactone Can Boost Mood, Energy, and Mental Acuity →