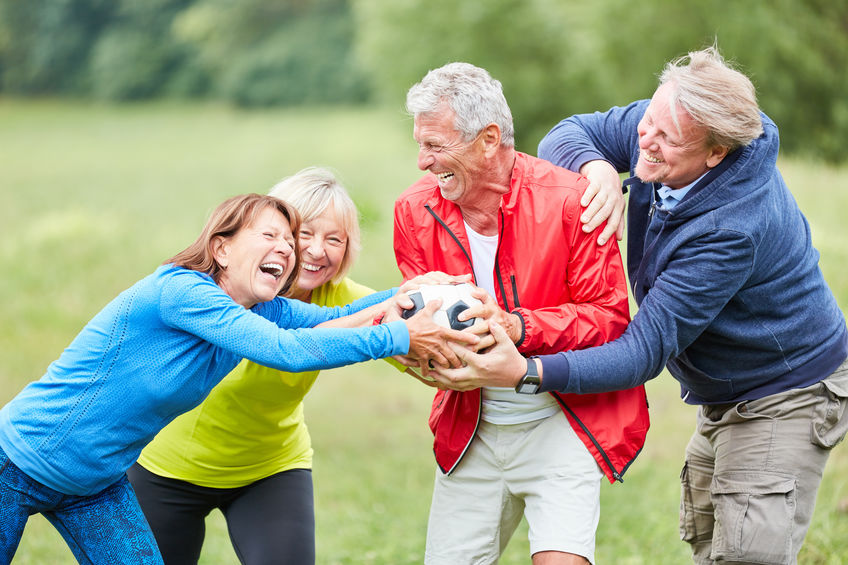 According to Dr. Kelly Brogen, M.D., for those suffering from depression, vitamin B-12 “may very well be the last antidepressant you’ll ever need.”

Dr. Brogen, a medical doctor as well as a board-certified psychiatrist, is author of the NYT bestseller A Mind of Your Own, co-editor of the landmark textbook, Integrative Therapies for Depression and graduate of Cornell University Medical College.

Dr. Brogen writes, “B12 supports myelin (which allows nerve impulses to conduct) and when this vitamin is deficient, has been suspected to drive symptoms such as dementia, multiple sclerosis, impaired gait, and sensation.”

Dr. Brogen goes on to state that in university studies, nearly one-third of depressed patients show clinical markers for B-12 deficiency. What’s more, even in depressed patients without markers for B-12 deficiency, taking the vitamin produced “notable clinical improvement” for those suffering from fatigue, sleep disorders, depression and dementia.

Agreeing with Dr. Brogen, Dr. Joseph Mercola, DO, points out that vitamin B-12 can have a profound effect on mood and mental health. He writes:

“As your vitamin B12 levels falter, some of the initial signs will often include mood changes, such as lack of motivation or feelings of apathy.

Why We Become More B-12 Deficient As We Age

As you age, your digestive tract can preclude your body from properly absorbing vitamin B-12. As Dr. Mercola states:

“As you get older, the lining of your stomach gradually loses its ability to produce hydrochloric acid, which releases vitamin B12 from your food in the activated form your body can efficiently absorb and utilize. If you’re over 50, it’s safe to assume you are not absorbing vitamin B12 at an optimal level.”

The result of such poor vitamin B-12 levels, according to Dr. Mercola, include:

Dr. Brogen agrees, pointing out that vitamin B-12 deficiency can cause a wide range of neurological disturbances that actually mimic serious mental illness. She writes:

“B-12 deficiencies are easily the most important reversible cause of mental illness and dementia…it’s incredibly common…symptoms can manifest themselves in a broad spectrum of manners including poor balance, confusion, forgetfulness, depression, even psychosis.”

Like Dr. Mercola, Dr. Brogen also points out that “when treating B-12 deficiency, use of an activated form of the vitamin is recommended and is preferentially effective at improving levels.”

In other words, the common, cheap and almost completely inactive cyanocobalamin form of B-12 found in most health food store vitamins is just about worthless for treating a B-12 deficiency. Studies show that only the active co-enzyme form of B-12 known as methylcobalamin works to reduce depression and other clinical symptoms.

That’s why Dr. Brogen also highly recommends the naturally active methylcobalamin form of B-12, and points out that the far more common form of B-12, cyanocobalamin, is synthetic and is bound to a cyanide molecule which can add to the body’s already heavy toxic load.

Where to Get Active, Therapeutic-Quality Methylcobalamin

But where can you find high-quality methylcobalamin in the therapeutic doses needed to help prevent brain shrinkage and relieve depression and other symptoms of B-12 deficiency?

One phenomenal new source for methylcobalamin is AMG – a unique new supplement from Targeted Nutrients. The letters “AMG” stand for the product’s three main nutrients:

You’ve already seen that methylcobalamin is the special co-enzyme form of vitamin B-12 that’s far more biologically active, cerebrally invigorating and brain-protective than the common cyanocobalmin form found in most vitamin supplements. What you might not realize is that methylcobalamin is also the only form of B-12 that can cross the blood-brain barrier with ease and feed brain cells. And that’s why it’s the form used in AMG from Targeted Nutrients.

Plus, with AMG, you’ll get nearly 400 times the RDA (i.e., Recommended Dietary Allowance) of methylcobalamin. That’s right. We don’t skimp, because we know the RDA guidelines for B-12 are woefully inadequate in the first place, allowing for only 2.5 micrograms per day when a therapeutic dosage is considered by most experts to be at least 1,000 micrograms per day.

So with AMG from Targeted Nutrients, you get methylcobalamin at a level far more likely to eliminate a deficiency and help protect the brain from atrophy, depression and other symptoms of poor brain function.

“…methylcobalamin’s methyl group stimulates serotonin creation, a neurotransmitter which is responsible for mood enhancement and protects the brain from damage against excitotoxins.”

That means B-12 is not only brain-protective but is cerebrally uplifting, as well. This may well be why Dr. Kelly Brogen, M.D. calls vitamin B-12 “the last antidepressant you’ll ever need.” And it may well be why many AMG users liken taking a capsule in the morning to the euphoric effects of getting a doctor’s “shot” of B-12, but without the needle stick.

What About Those Other 2 Brain Nutrients?

So AMG from Targeted Nutrients begins with a nice, big healthy daily dose of pure, therapeutic-quality methylcobalamin (which is why the pill is pink, just like the B-vitamin). But it also includes heaping helpings of two more critical brain nutrients – adenosine triphosphate and glucoronolactone – each of which, as you’ll see, act as profound nutritional frosting on your cerebral cake. 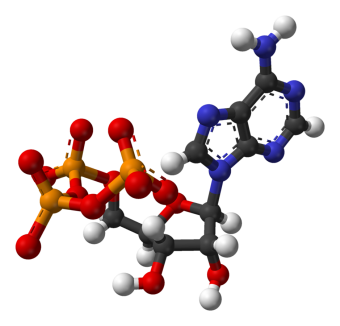 Brain Nutrient #2: Adenosine triphosphate has been added to AMG because it’s the brain’s primary source of cellular energy. And the human brain – which is the master control organ for the entire body – requires more energy than any other human organ. So its stores of adenosine triphosphate are often sub-optimal in terms of peak brain function and repair.

When researchers at the University of Minnesota Medical School conducted a study to determine to what extent adenosine triphosphate levels were linked to improved brain function, they were stunned to find that high adenosine triphosphate levels were critical to both the efficient firing of neurons in the brain, as well as to the brain’s little-understood but critical “housekeeping” activities – i.e., its ability to self-repair damage to brain cells and tissues, and keep brain tissue alive and functioning at peak levels.

What’s more, according to Byron J. Richards, a board-certified nutritionist:

If you run low on energy your brain does not communicate and your neurotransmitters do not flow in an optimal way.

In short, your overall supply of energy in the form of adenosine triphosphate is the single-most important factor determining the health of your mind and mood…If you don’t have enough adenosine triphosphate on hand you will feel irritable, tired, have a poor mind, and it will seem like the burden of stress is causing wear and tear.”

In short, you’ll not only find plenty of therapeutic-quality methylcobalamin in AMG, but plenty of adenosine triphosphate as well, for increased brain energy, enhanced mental clarity and brain self-repair. 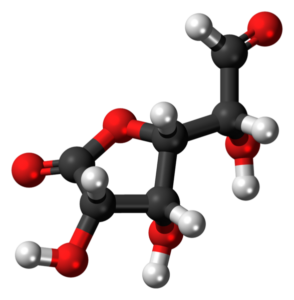 Brain Nutrient #3: And that brings us to the final ingredient in Targeted Nutrient’s AMG – glucoronolactone. Little-known to the general public, glucoronolactone has actually been around since the 1960’s when it was given to U.S. troops in Vietnam as a natural means of boosting mood and morale while relieving mental and emotional stress and depression.

According to Brian D. Evans, author of How to Become Super Smart and Get Limitless Memory, “Glucuronolactone works to fight fatigue and provide an overall sense of well-being.”

In other words, glucoronolactone is both ergogenic (performance and stamina-enhancing) and euphorigenic (i.e., pleasure-inducing). It boosts brain energy and function and helps induce mild feelings of well-being or even light euphoria by triggering your “happy” brain chemicals.

The cerebral benefits of glucoronolactone are so impressive, ex-Google employee Michael Brandt and Glassmap founder Geoffrey Woo, both Stanford graduates, admit to using it as part of their regular morning “nootropic brain stack.” And glucoronolactone was recently featured on ABC TVs Shark Tank in an episode about a new brain supplement.

As a bonus to the mood-boosting and mind-boosting benefits of glucoronolactone, it’s also known to be one of the human body’s most important metabolites, being intimately involved in the metabolism of brain function, liver function, liver protection, bodily detoxification, vitamin C production, fatty acid synthesis, nucleotide synthesis, and amino acid synthesis. In other words, virtually all of your body’s metabolic building blocks are directly or indirectly aided by glucoronolactone.

What’s more, it’s completely natural. It’s made in the liver, out of glucose. And it can also be found in a variety of plant gums and other natural sources. It’s even in wine, in small amounts. Plus, it’s an important structural component of nearly all of the connective tissues in your body.

What’s more, glucoronolactone is one of the body’s most important natural detoxifiers, being demonstrated in clinical trials to convert toxic substances that tend to accumulate in the human body into harmless water-soluble substances which can be easily excreted through the kidneys rather than building up in the body as we age.

The bottom line is that AMG from Targeted Nutrients contains an exclusive combination of powerful, bio-active brain nutrients scientifically proven to support brain health and boost brain function, while helping the brain and body detoxify itself at the same time. In a nutshell, you get:

When these three powerful all-natural nutrients are combined into a single supplement, you have one of the most cerebrally invigorating and uplifting nutritional formulas on the face of the earth.

AMG is non-addicting. Yet when used regularly it gives you lightning-fast brainpower…keeps your brain functioning at optimal levels…and makes you feel like a million bucks again, to boot.

And now you can learn how to try Targeted Nutrients high-quality AMG at a special get-acquainted discount price, by clicking here…

Yours for peak brain function, the safe, natural way…