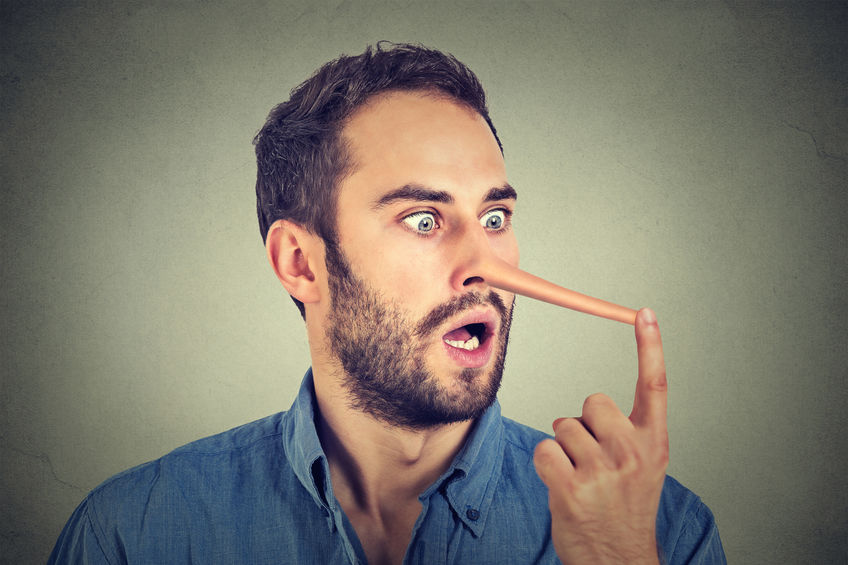 The medical monopoly does its level-headed best to scare the American public into shunning dietary supplements.

Yes, they’ll lie. Exaggerate. Sensationalize. And they’ll blow things completely out of proportion in order to convince Americans that nutritional supplements are some of the most dangerous products in the world.

Of course, it doesn’t work. Americans shell out some $30 billion each year for supplements, largely because they prefer safe, natural remedies to the toxic and side-effect laden prescription drugs being offered by their doctors.

And what does the medical monopoly do in the face of such overwhelming rejection of their toxic drugs. Well, they do what all charlatans and monopolists do. They double-down on their lies and exaggerations.

According to an article in a recent issue of Medical News Today, dietary supplements are getting more and more dangerous.

Indeed, the screaming headline to their article claims that a new study has found there have been “275,000 calls to poison control centers for dietary supplement exposures.”

That’s a lot of calls.

Supplements must be really dangerous for there to be that many calls to Poison Control Centers. Right?

But wait. The article didn’t state over how long of a period those calls came in. When you go to the actual clinical study and read the fine print, it turns out those 275,000 calls came in over a period of…drum roll, please…12 long years.

That’s only 23,000 calls a year, nationwide. Or less than one call for every million people in the country.

Quite an omission, wouldn’t you say?

And if you read further in the study, you’ll find that a whopping 70% of those calls were from frantic parents whose children had unintentionally ingested some of their supplements.

In other words, the vast majority of those calls over a 12 year period have been from worried parents checking to see if their kids are going to be alright after they inadvertently ate a vitamin pill or other dietary supplement.

Scare Tactics (And a Hidden Admission)

The Medical News Today article did its best to scare the bejabbers out of nutritional supplement consumers by making it sound as if people were being “poisoned” right and left.

And they threw in the usual bugaboos you see in every anti-supplement article, claiming supplements are unregulated and of inconsistent quality.

Hidden way down at the bottom of the article, however, was this admission: “…the majority of these exposure calls did not result in serious medical outcomes…”

Aha. Of course. The medical Gestapo knows most people won’t read to the bottom of the article. So that’s where they bury the most pertinent exculpatory information when they report on studies like this.

They also know most people won’t try to dig up the clinical study the article was based on to verify the charges being made. So, quite typically, they omit the most important information from the study that would otherwise reveal their charges to be shrill and sensationalistic.

And Now for the Rest of the Story…

What else did they leave out?

How about the fact that dietary supplements account for a mere 1.8% of all substance exposure calls to U.S. Poison Control Centers.

Indeed, a whopping 90% of all consumer calls to U.S. Poison Control Centers nationwide are for…drum roll, please…prescription drugs and household chemicals. Where are the scary news headlines for that?

It’s also important to note that the study being quoted in the Medical News Today article failed to mention that the very same U.S. Poison Control Centers have reported zero deaths from the use of dietary supplements in the latest reporting periods.

Yes, ZERO deaths. As pointed out by Andrew W. Saul, editor of the respected Orthomolecular News:

“The most recent information collected by the U.S. National Poison Data System, and published in the journal Clinical Toxicology, shows no deaths whatsoever from dietary supplements…

Additionally, there were zero deaths from any amino acid or herbal product. This means no deaths at all from blue cohosh, echinacea, ginkgo biloba, ginseng, kava kava, St. John’s wort, valerian, yohimbe, Asian medicines, ayurvedic medicines, or any other botanical.

Yet, by comparison, an astonishing 225,000 Americans are killed each year in hospitals by the medical treatments they’re receiving and not the medical condition they checked into the hospitals for.

106,000 Americans die annually from the adverse effects of the prescription drugs their doctors gave them, with hundreds of thousands more suffering often-times crippling side effects.

In all, every single day in the U.S. there are over 600 unnecessary and largely preventable deaths caused directly by the medical monopoly. That’s two million, two hundred and fifty thousand deaths every ten years. Men, women and children.

Not frantic phone calls to poison control centers. But actual deaths. As in start making your funeral arrangements now. All of this making the medical monopoly the third largest killer in the United States behind cancer and heart disease.

Yet they’re trying to scare people about the supposed “risk” of dietary supplements. Go figure.

Typical of the medical monopoly are their recent attempts to ban safe nutritional supplements like Vinpocetine, the world’s most effective natural booster of memory and mental clarity.

So now, powerful forces in Congress who are clearly in the pocket of Big Pharma are calling for its ban.

In fact, at the end of last year, Senator Claire McCaskill, who has already raked in over $146,000 in campaign contributions from pharmaceutical companies, began spear-heading a campaign to have the FDA ban the sale of Vincpocetine as a nutritional supplement.

McCaskill’s campaign spurred the FDA to place a “tentative notification” in the Federal Register stating that “Vinpocetine is not a legal dietary ingredient.”

Of course, Vinpocetine – a derivative of the Periwinkle plant – has been sold in the U.S. as a dietary supplement for nearly 25 years. It just works so well for clearing up memory problems and boosting mental clarity that major pharmaceutical companies are now looking to turn it into a drug so they can monopolize its sale.

The Natural Products Association has taken issue with the new FDA notification, noting that there have been no serious adverse events reports on Vinpocetine in over 20 years.

And as Wiki.Medi.Pedia.com has stated:

“It’s becoming abundantly obvious that Big Pharma now wants Vinpocetine out of the way so they can dominate the ‘memory enhancement’ niche with one of their own prescription drugs, or turn Vinpocetine into a prescription memory drug like they’ve done throughout Europe.”

Finally, as the highly respected Health Sciences Institute has stated:

“…the FDA has just set the stage for one of the most devious and underhanded moves ever. The agency has announced its plans to ban Vinpocetine, a remarkably safe supplement, one that’s been helping people protect their brains – and keep their memories intact – for decades.” 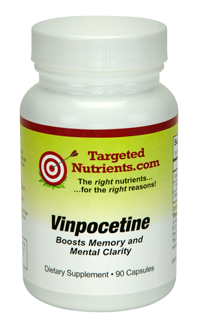 Where to Get Safe, Natural Vinpocetine
(At a Very Special Price You Won’t Believe)!

At present, you can still obtain safe, natural Vinpocetine from Targeted Nutrients.

Targeted Nutrients prides itself on supplying only the significantly higher-quality pharmaceutical-grade Vinpocetine straight from Europe. We absolutely refuse to sell the inferior and often adulterated Chinese-produced Vinpocetine found in most health food stores today.

In fact, our pharmaceutical-grade Vinpocetine comes straight from the leading European manufacturer – the same manufacturer who makes the “memory drug” version for European hospitals and pharmacies!

Indeed, this is the same pure, high-grade European Vinpocetine that’s been demonstrated in clinical trials to boost memory, mental clarity and re-call by up to 62%!

Dr. Ward Dean, co-author of the bestselling book Smart Drugs and Nutrients, calls Vinpocetine “Viagra for the brain.” You’ll see why the very first day you try it, I promise!

To learn more, and to take advantage of our special money-saving “the more you buy, the more you save” get-acquainted offer on Vinpocetine before it’s banned, simply click the link below, or call the toll-free number below.

But remember, you must act within the next 10 days, or we cannot guarantee availability at these specially discounted introductory prices. The toll-free number to call is: