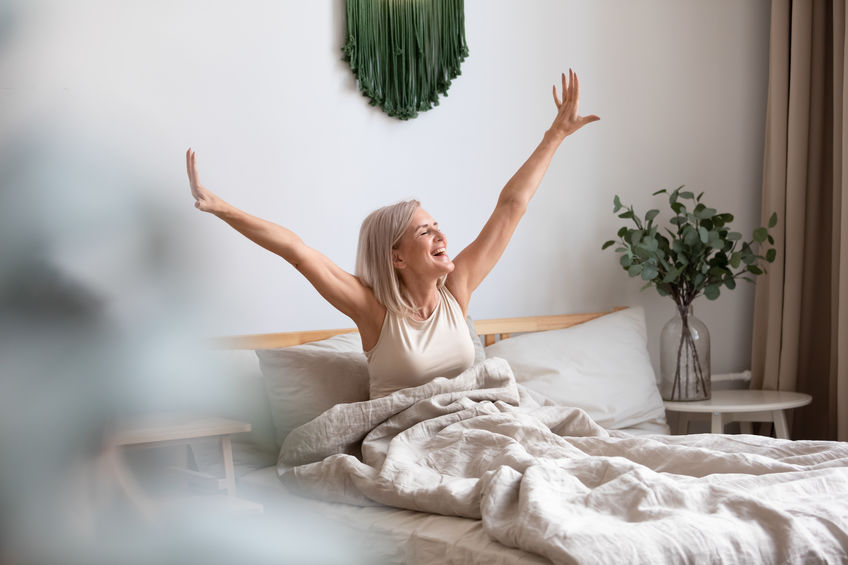 Most people have never heard of glucoronolactone, let alone know of its ability to boost mood, energy and mental acuity.

What’s more, this all-natural metabolite of glucose has actually been around in supplement form since the 1960’s when it was given to U.S. troops during the dark days of the Vietnam war as a natural means of uplifting mood and morale while relieving mental stress and depression.

As I just mentioned above, most people have never even heard of glucoronolactone, so why did Targeted Nutrients make it the main ingredient in Wide Awake!?

According to Brian D. Evans, author of How to Become Super Smart and Get Limitless Memory, glucoronolactone is a little-known “smart nutrient” that “works to fight fatigue and provide an overall sense of well-being.”

Both Energy-Enhancing and Mood-Boosting!

“Glucoronolactone delivers a valuable energy boost for the brain…giving you an extra edge to enhance your focus and concentration.”

“Studies suggest that glucoronolactone…promotes mental performance and positive mood as well. When given glucoronolactone in a clinical study, subjects showed significant improvements in reaction time, concentration, and memory.”

As an added bonus, glucoronolactone turns out to be one of the body’s most important natural detoxifiers, being demonstrated in clinical trials to convert toxic substances into harmless water-soluble substances which can then be easily excreted through the kidneys rather than building up in the body.

But clinical research also demonstrates that when used in moderation, caffeine has some astonishing, lesser-known healing and anti-aging properties, as well as properties that help slow or even prevent the onset of serious degenerative diseases. For example, caffeine:

And believe it or not, there are many, many more studies demonstrating the plethora of positive benefits from regular daily caffeine ingestion. These studies have turned medical science’s previous understanding of caffeine on its head.

Positive Benefits for Life-time Health and Well Being…

And that’s not just “coffee industry” research, either, but research from prestigious universities like Harvard, Stanford, Johns-Hopkins, George Mason, and numerous top medical universities as well. Even the American Cancer Association is doing studies on caffeine and finding remarkable protective benefits.

We actually experimented with 12 different all-natural ingredients while we were formulating Wide Awake! before finally deciding on using only these two powerful substances:

And now you know exactly why Targeted Nutrients chose to combine the powerful brain-boosting, pleasure-inducing and healing benefits of glucoronolactone with a small nutritional dose (150 mg.) of caffeine in my energy-boosting supplement Wide Awake!

If you think the brain-boosting, pleasure-inducing and healing benefits of glucoronolactone sound good, just wait until you try it with a tiny bit of caffeine added. It will truly rock your world!

So if you’re ready to quit slugging down coffee all day, or if you’re ready to quit using those over-priced, sugar-laden, health-robbing “energy drinks” to get through the afternoons, this is your chance to make the switch to safe, natural, health-enhancing, and unique caffeine and glucoronolactone formula, Wide Awake!, instead.

And unlike having to slug down cup after cup of coffee to get the caffeine I felt I needed to get through a demanding day, I only need to take Wide Awake! once a day. That’s it for me. And I sail through the day with a smile on my face, a bounce in my step and profound mental clarity. I think you will too. Try it for yourself and experience the difference.